Skeptics discourage drinking coffee on a daily basis, believing that it does more harm than good to the body. While indeed coffee has effects on heart rate, indigestion, and blood pressure, the new wave of studies leans towards the good side of drinking coffee.

If you find yourself wanting to quit as influenced by the negative propaganda against coffee drinking, here are the benefits, backed by scientific findings, to keep you reminded that you are on the right track.

Your daily cappuccino is a powerful source of antioxidants that help fight cell damage and aging caused by free radicals. About 1,000 antioxidants are found in raw coffee beans and hundreds are present in roasted beans.

One powerful antioxidant distinct to coffee, chlorogenic acid, is found to prevent the onset of heart diseases. More so, studies have confirmed the benefits of antioxidants in addressing several chronic conditions (e.g., atherosclerosis, arthritis, and cancer).

Antioxidant is good for the heart and the Dutch study conducted for 13 years is a testament to this. The study participated by over 37,000 people revealed that those who drink coffee heavily.

About 20-percent have reduced risk of contracting cardiovascular diseases compared to the nondrinkers or light drinkers. This is because coffee alleviates inflammation which is a factor in arterial damage.

Coffee has both short-term and long-term benefits in mental functioning. It boosts short-term memory and enhances mental alertness, especially when confronted with a cognitive task.

In an Austrian research, participants who drank coffee exhibit a surge of brain activity when asked to perform a memory task compared to the control group.

In a way, it can be inferred that drinking coffee thus helps fight the effects of stress on one’s mental faculties. A cup a day can help a person get through the toughest mental challenge.

In the long term, regular intake of coffee helps ward off mental degeneration which is common in people with Alzheimer’s disease and dementia.

In fact, a study found that regular consumption of 3 to 5 cups a day resulted in a 65-percent decline in the risk of developing Alzheimer’s.

One possible explanation is the inhibitory effect of coffee on beta-amyloid plaque, which is a factor in the development of Alzheimer’s.

Coffee drinkers also reap the benefits of a healthy liver. They are less likely to experience liver cancer and cirrhosis. One study proved the negative association between coffee intake and liver cirrhosis risk.

That is, the more the people drink coffee, the lower their chances of experiencing liver cirrhosis. Specifically, about 4 cups of consumption is associated with 20-percent risk reduction.

A common negative coffee belief is that caffeine is dehydrating. Hence, if you live an active lifestyle, you are to avoid drinking coffee. Yet, the new findings suggest otherwise.

Average coffee intake, 500 mg maximum or 5 cups, does not cause dehydration at all and so fitness enthusiasts can be assured they will sustain their energy throughout the session even if they drink a cup before their routine.

In a world where stress and expectations are served for breakfast every day, a man’s mental health is largely compromised.

Fortunately, there is coffee to help combat not only physiological diseases but also mental health problems, which are difficult to diagnose sometimes because of the subjectivity of experiences.

The most common among them is depression. It is said that 25 million Americans are diagnosed as depressed and about half of those who committed suicide are due to depression.

Luckily, many studies have proven the positive impact of drinking coffee in alleviating moods. To be exact, coffee reduces the risk of depression up to 20 percent in both sexes.

A possible explanation is the caffeine-induced activation of neurotransmitters, such as serotonin and dopamine.

No one would have thought that an ordinary cup of black coffee can prevent two of the world’s deadliest diseases – heart attack and cancer.

While there is no evidence yet that coffee curbs the onset of all cancer types, there are specific cancers that can be prevented by taking caffeine shots.

The reason can be attributed to the antioxidants and polyphenols contained in coffee which have anti-carcinogenic and anti-inflammatory properties.

Now, more and more studies are emerging that support the benefits of drinking coffee and dispel some myths. To play safe, drinking about 2 to 4 cups a day will do. If it is also possible to avoid instant coffee with sugar and creamer, then the better it is.

Denise Deschanel
Denise is a heath and fitness enthusiast who has a special interest in sharing her knowledge to help those in need of a change in lifestyle as well as those who are interested in general well-being.
Latest posts by Denise Deschanel (see all)
Health
« How Pilates Help in Weight Loss
Foot Problems: Choosing the Right Footwear for a Painless Stride »
Related Posts
The Amazing Health Benefits Of Losing 5% Of Your Weight 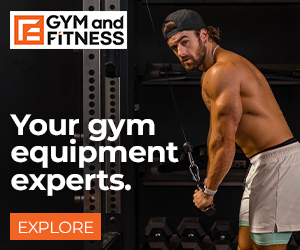