I have always liked Theragun’s G2PRO Percussion Massager. It has this very neat design plus configurable angles of attachment for maximum reach. Unfortunately, I found the noise to be very annoying.

It is okay if I use it at home. But once I use the G2PRO in the office, I’d get that dagger-like looks from colleagues telling me to shut the gadget off. The battery life is mediocre, too. I couldn’t finish a massage session without having to replace the battery. Well, I think Theragun listened.

The brand now has the G3PRO Percussion Massager that addresses my concerns while also beefing it up in other departments. Join me in finding out if the G3PRO is a deserving successor to the G2PRO.

Overview of the G3PRO Percussion Massager

The G3PRO offers several improvements over its predecessor, the G2PRO. In addition to a bevy of innovations, Theragun also addressed the issue of price by reducing the tag of the G2PRO. This makes the G3PRO a more appealing buy for individuals who want a portable device to address muscle soreness and fatigue with the latest and greatest features.

At the core of the improvements is a redesigned gearbox, allowing the G3PRO to run several decibels lower than the G2PRO. While I did not have accurate acoustic measurements, the company says its redesigned model is 50% quieter than the previous model.

Some say the noise level improvements can be anywhere between 20 percent and 50 percent. Given that the previous model was too noisy, the G3PRO’s noise levels is a welcome development.

The Newer and Quieter Version of G2PRO

Despite its gearbox redesign, however, the G3PRO comes with a much-lower massaging pressure. The previous model delivers a maximum of 36 kilogrammes of pressure per percussion. The new model, on the other hand, comes in with a 25% lower massaging force at 27 kilogrammes.

The gadget still retains the standard amplitude of 16 mm, nevertheless, and with a maximum percussion speed of 2,400 RPM. In addition to this, however, the G3PRO now features a low-speed setting at 1,750 RPM. This is ideal for targeting sore or delicate muscle tissues.

There are two additional AmpBIT massager attachments in the G3PRO, bringing the total to 6. The system boasts of physician-designed attachments to help address a variety of pressure applications. The new attachments include a wedge for working the IT bands and a thumb attachment for trigger point therapy.

The battery life was improved, too. Instead of the mediocre 45-minute battery life of the G2PRO, the G3PRO now comes with a lithium ion battery that lasts up to 75 minutes. The brand is also throwing in an extra battery with the package.

The G3PRO comes with a neat and more minimalist design than the previous model. It is quieter and lasts longer. Too bad its power is a bit reduced. Regardless, for comparable price to the G2PRO, the new Theragun is worth it.

A Closer Look at the Features of the G3PRO Percussion Massager

Redesigned Gearbox for a Quieter Operation 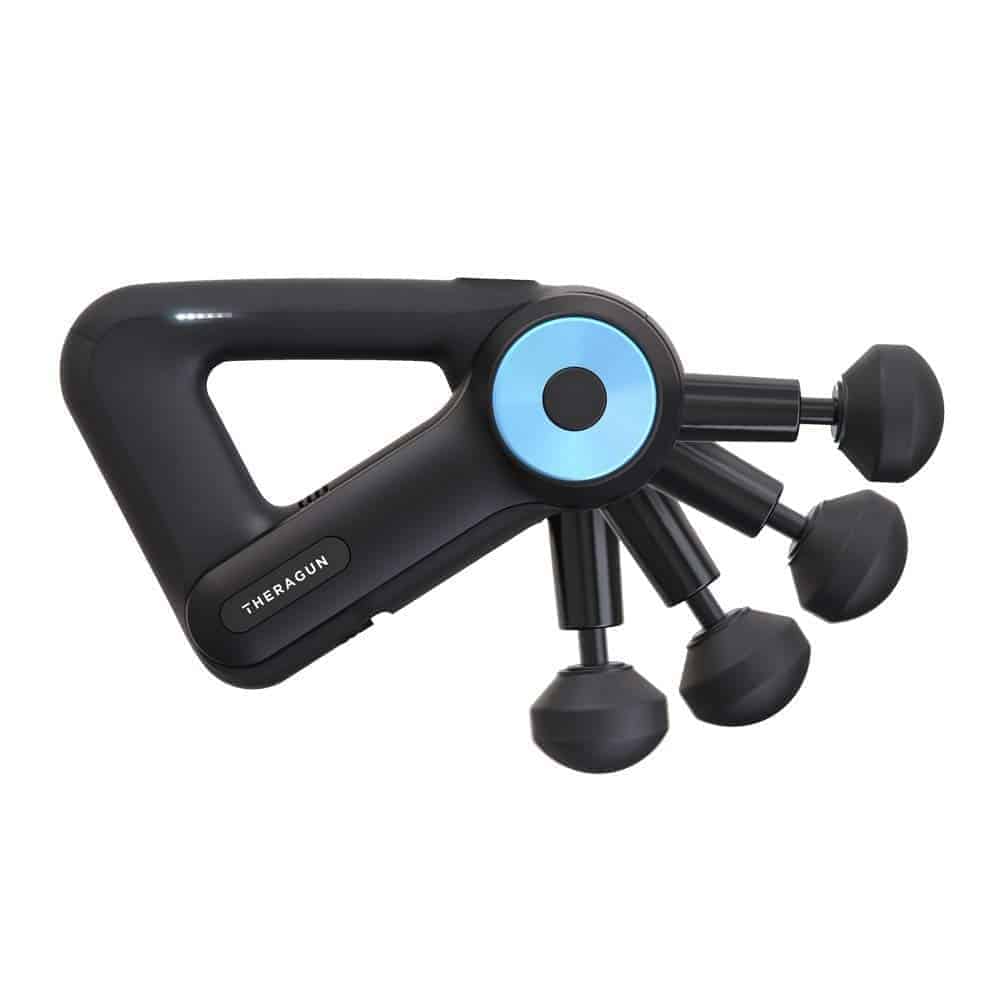 ne of the most important improvements over the G2PRO is a redesigned gearbox. It is still the same heat-treated steel gearbox like that of the G2PRO. However, Theragun engineers found a new way of taming the noise that emanates from the motor of the gadget. As such, the G3PRO is now quieter than its predecessor by as much as 50%.

Unfortunately, I do not have a device that can measure noise levels in a very accurate manner. What I can say, however, is that the hum from the gadget does sound less noisy than its predecessor. Moreover, I was able to use it without getting those sharp stares from my colleagues at work.

This is one aspect of the G3PRO that boggles me. Despite the fact that the brand redesigned its gearbox, it somehow deemed it more appropriate to reduce the intensity of its massaging action. The G2PRO delivers a maximum of 36 kilogrammes for every percussion that it generates. The G3PRO, on the other hand, only maxes out at 27 kilogrammes. This is a 25% reduction in its massaging power. It still retains the same 16-mm amplitude, however. 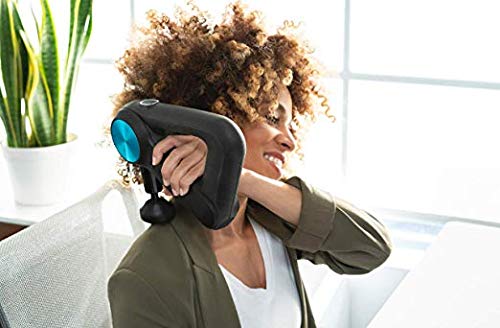 Another improvement in the G3PRO over its predecessor is the addition of another speed setting. The G2PRO only came with a fixed RPM of 2,400. The G3PRO also has a maximum speed setting of 2,400 RPM. However, the brand also included a low-speed setting for those who may want a gentler approach to unknotting tensed muscles. This new Theragun percussion massager now boasts of an additional 1,750 RPM speed setting. It’s perfect for massaging tender areas.

One of my greatest misgivings about the G2PRO was that its lithium ion battery only lasted 45 minutes. It also didn’t include an extra battery to help me continue with my massaging sessions while the other one gets recharged.

While Theragun employs the same lithium ion battery technology in the G3PRO, it did make some serious improvements. First, the battery life is now 70 to 75 minutes. This is about 60 to 67 percent longer than its predecessor. Second, Theragun is now giving away an extra battery so there is no need to worry about additional battery purchases. The Wedge is perfect for IT bands, the shoulder blades, and for scraping. It provides medium-impact massaging action where you need it the most. The Thumb attachment is ideal for trigger point therapy. It is like having acupressure using a gadget instead of a professional.

It may not matter much but I like the design of the G3PRO a lot more than its predecessor. It has a cleaner profile owing to its triangular frame. The G2PRO looked more like a nail gun or an impact drill than it is a massager. At the very least, I can bring out the G3PRO from my bag and find the confidence to flash it around. It also comes with a more simple design.

Don’t get me wrong, but I did not like the blue accents on the inner edges of the G2PRO. The G3PRO ditched those colour accents in favour of a simpler yet more elegant all-black design. The only colour on the gadget is the blue circle on the massager head. It is a bit heavier by around 40 grams, however.

Should You Buy It?

The Theragun G3PRO’s improvements over the G2PRO may not look profound. Having said that, they made significant improvements in some aspects of this massaging device. However, Theragun also reduced the massaging power of their unit to achieve a quieter machine. But given that its price is comparable to the price tag of its predecessor, the G3PRO is an excellent buy.