There are instances when you think you’re getting the best deal simply because you’ve already tried a slightly different version of the same brand. Your brain tells you that you’d still get the same quality and the same kind of pleasant experience from this new product since it is priced at almost the same level with another variant of the same brand.

That’s exactly what I was thinking when I tried out the WaterRower GX Home Rowing Machine. Having already tried and gave a good run the WaterRower Natural with which I was absolutely impressed, in my opinion, the GX was not close to the Natural’s greatest feats. 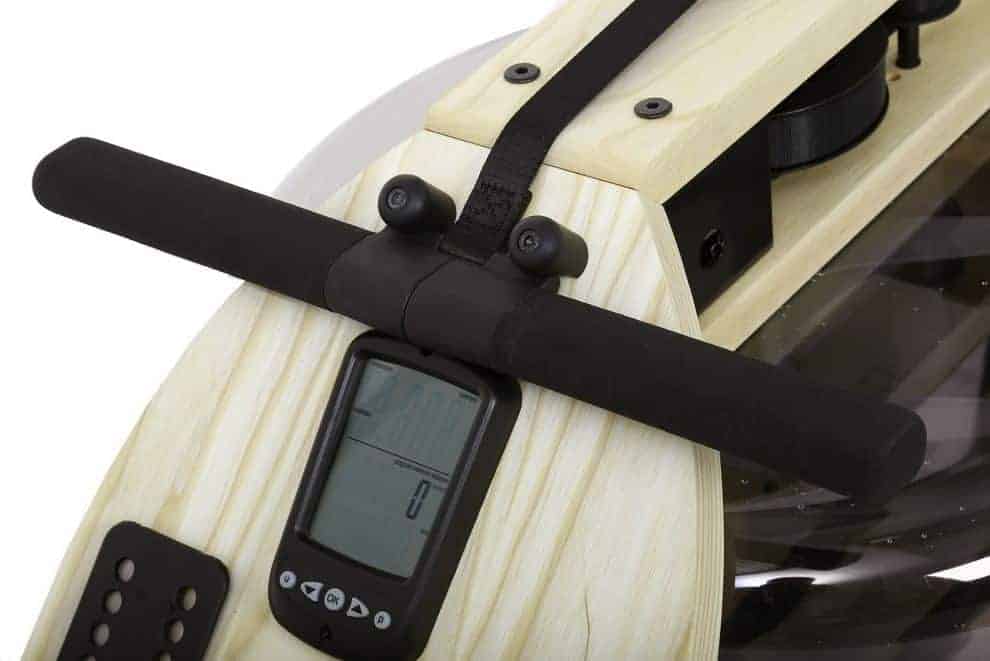 The WaterRower GX is not an inherently flawed machine. It’s just that there is the WaterRower Natural to compare it to. Sadly, I got the chance to test the Natural first before I got my hands on the GX Home.

You can say that the Natural has clearly set the bar upon which all other exercise equipment of the same design can be measured against. To make matters worse, it is priced in the same range as the Natural. And for it to come very far behind is something that is truly appalling.

Like what I said, the GX is not a badly-designed rowing machine. It comes with the same eco-friendly and durable wooden construction sans the Honey Oak staining and the Danish oil finishing. Sure these two are very minor hiccups, but did you know that it is actually the finishing touches made on wooden furniture that bring it to life?

The GX also comes with its own console which, like the S4, is located towards the side of the platform or the frame upon which the Water Flywheel mechanism is housed. The problem is the GX monitor is so simple that you’d think a fifth grader actually completed the programming of the console.

It is perfect for absolute newbies to the world of fitness, especially in the use of rowing machines; but, it’s definitely not for seasoned pros who expect a lot more pizzazz from the console that is part of a $1,000+ exercise machine. It does provide a Quick Start for either Race or Pace modalities, nonetheless. Still, it doesn’t provide justification for levelling its price together with the Natural when it is pretty obvious the GX has a lot of catching up to do.

I once read a WaterRower GX review even before I had the chance to try the unit for myself with the reviewer saying that the GX is nothing more than a child’s expensive rowboat, made more acceptable by the inclusion of a DVD workout programme for every purchase. True enough, I was given two DVDs that feature Indo-Row and Shockwave, rowing programs that are supposedly very popular.

These are training DVDs introducing anyone to the correct techniques of rowing. I mean, why would you bother watching a DVD training programme that you can easily access from the Internet? Okay, so I suppose it’s safe to assume that only a few know how to search for these training videos online?

Actually, the GX Home rowing machine from WaterRower is just one of the two products in this series, the other one being the WaterRower GX Studio. The Studio is geared primarily for commercial use so I guess it should be more durable and comes with more sophisticated technology. I even thought that it is more expensive than the Home. Remember how Microsoft’s Windows variants priced differently with the Home being modestly priced and the Enterprise being tops? That is what was going on in my head with the Home and Studio issue. Alas, a review of market prices reveals that they are priced almost at the same level. So, what gives?

The WaterRower GX still comes with the Water Flywheel mechanism I fell in love with the Natural, however. And thank God for that. At the very least, I can say that the company did not renege on its promise of delivering a realistic rowing experience complete with the sound effects of splashing water. Water resistance mechanisms operate very differently from hydraulic piston and magnetic types of rowing resistance.

There is no such thing as absolute control over the level of resistance that you get. This makes it extra challenging and quite a joy to have. Unfortunately, this technology also makes the price of the gadget substantially higher.

Given that the WaterRower GX is priced almost on the same level as the WaterRower Natural, you would expect its features and technical specifications to be somewhat similar. Regrettably, it fails in the inclusion of some quality finishing touches to the ash wood. It also has a very simplistic GX console. The WaterRower GX Home also comes with a single rail instead of the Natural’s dual rail system, giving it a much lighter weight limit of about 148 kilogrammes while the Natural can safely hold an individual who weighs up to 454 kilogrammes.

As such, you can also understand my frustration about the WaterRower GX. And even if I did manage to review it first before the Natural, I’d still end up comparing the two and putting all of my trust on the Natural instead of the GX.

A Closer Look at the Features of the WaterRower GX 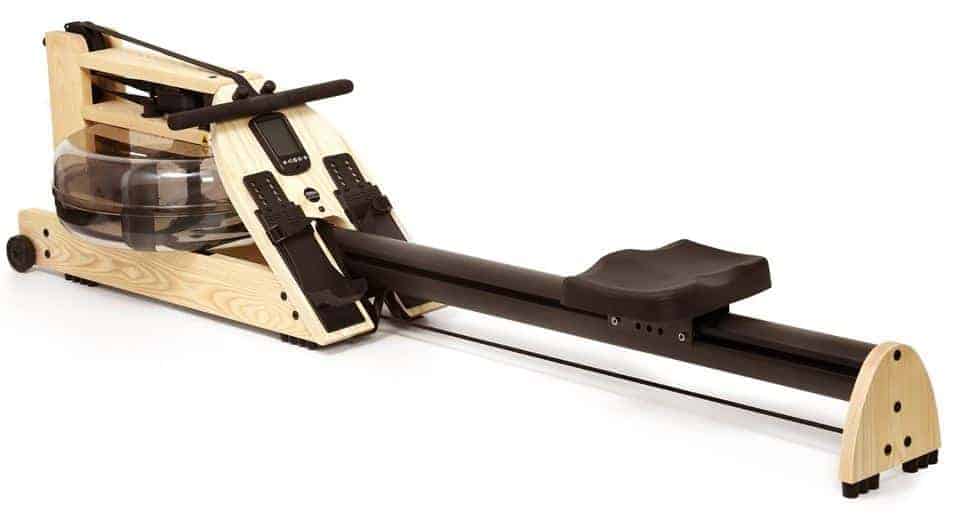 There’s no denying that one of the greatest strengths of the WaterRower GX or any other rowing machine from the company is its unique Water Flywheel system. Just imagine a large water tank with a built-in flywheel inside. Whenever you make a rowing movement, the flywheel also spins. However, its rotation is effectively resisted by the force of water inside the tank.

The more force you apply through the flywheel the greater is the resistance coming from the water. This makes it exceptionally challenging since you really cannot control or determine the exact level of resistance you are trying to work against. But, this is also what makes it very fulfilling.

If you want to push yourself to the hilt, then you’d have to give your all. If you want to rest for a while, then simply imagine yourself cruising gently at the lake. Increasing the volume of water also increases the level of resistance. So, these are the things that you should always keep in mind. I should know since I’ve often found myself wondering why the water flywheel is a lot more difficult to turn.

The WaterRower GX Home comes with a very simple monitor that gives you most of the things that you want to know to keep abreast of your progress. It doesn’t have any PC feature, however. What you do get is a pair of training DVDs.

Despite its obvious flaws, the WaterRower GX remains a very lovely and elegant looking piece of exercise equipment. The grain of replenishable ash wood naturally pops out. I can just imagine it would have been even more beautiful with the Honey Oak finishing touches.

Once I put the GX to the test, I fully understood what that particular WaterRower GX Home review meant when it said we’d be better off with the Natural than the GX. Even if you search for WaterRower GX for sale on the net, I’d still strongly advise you against buying this particular model.

Perhaps the only thing that is going for this model is its concave rail allowing for less intense cleaning and maintenance. But even in a straight rail model, cleaning is never an issue.

The question that is really bothering me is that, given that the WaterRower GX Home is priced at the same level with the Natural, why does it have a lot of things missing from the Natural? I hope the company finds an answer real soon.