Rowing machines are generally recommended for individuals who would like to obtain the full benefits of a combination of low-impact cardio exercises with strength training manoeuvres. Generally speaking, rowing machines work a variety of muscle groups in the arms, the legs, the back, and of course the muscles of the core. So, which muscles do rowing machines target? Read on.

How Rowing Machines Work the Muscles 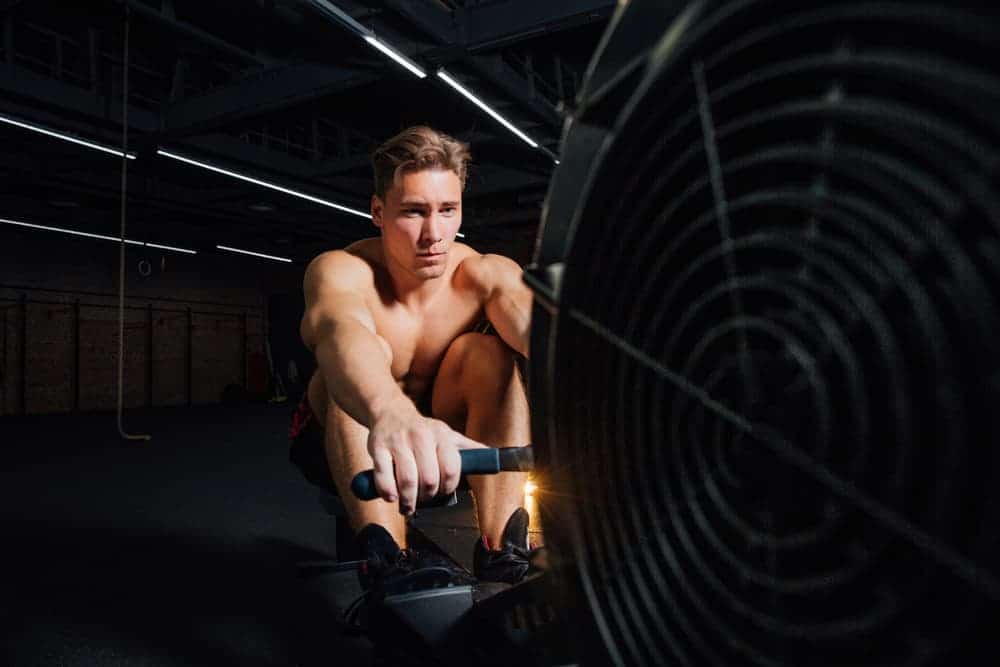 To understand which muscles are targeted by rowing machines, you’d have to understand the four phases or stages of the rowing cycle.

This initiates the rowing cycle and is characterised by bent knees, straight arms, and shins completely in the vertical position. The body is also slightly leaning forward.

This is the very first movement that your body will be making. First, you’ll be pushing with your legs while swinging your back towards a more upright position. You’ll then pull on the handle with your arms.

In this phase your body will already be slightly leaning towards the back while the handle of the rowing machine is pulled closer to your lower chest. By this time your legs are already fully extended.

In this phase, you’ll be reversing the various movements you just did through the Catch, Drive, and Finish stages. You will extend your arms and lean forward at the hips. Start bending your knees until you reach the starting position in the Catch stage.

Muscles Targeted with Each Phase of the Rowing Cycle 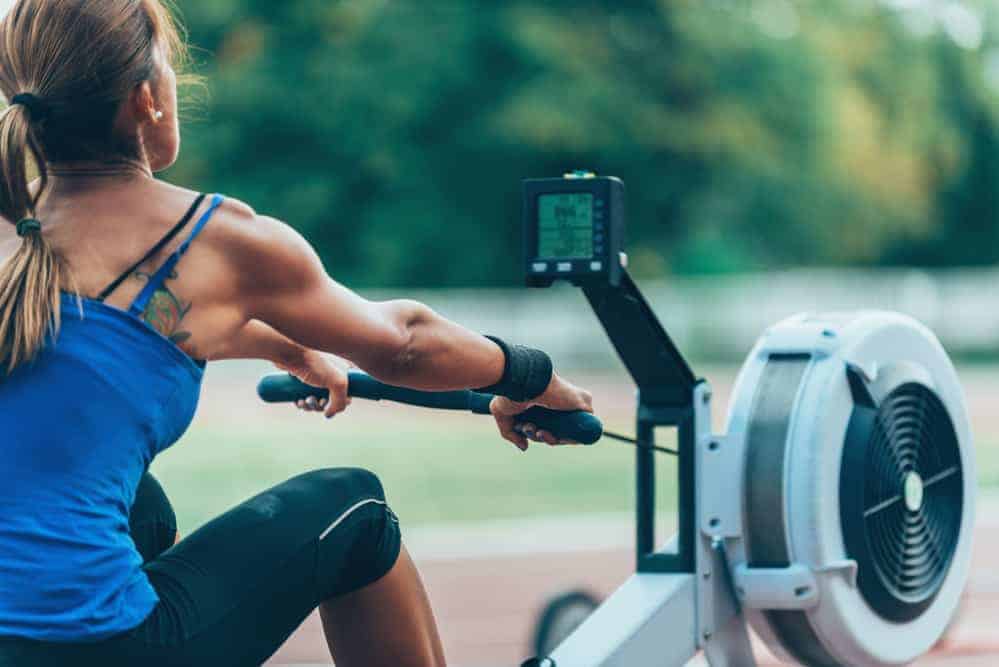 Based on the movements with each phase you will see that there are a variety of muscles worked when rowing. We’ll identify the muscles that are targeted by each phase of the rowing cycle.

Not only do rowing machines work the arms in this phase, but also the muscles of the back, the legs, and the core muscles. More specifically rowing targets the triceps, deltoids, trapezius, calves, hamstring, lower back, and the abdominal muscles.

During the second phase of rowing, there are 3 areas that you need to focus on. These include the movement of the legs, the swing of the body, and the arm pull movement. For the movement of the legs you’re actually targeting the deltoids, upper back, trapezius, glutes, quads, hamstring, and calves. For the body swing movement, work is done on the biceps, the middle back, the forearms, abdominals, glutes, hamstring, calves, and quads. For the arm pull motion, rowing targets the biceps, deltoids, forearms, laterals, trapezius, and quads.

For this stage in rowing, the trapezius, biceps, deltoids, forearms, quads, laterals, and glutes are worked up.

The muscles worked when rowing in the recovery phase include the hamstring, deltoids, trapezius, abdominals, triceps, calves, and forearms are targeted.

So, does rowing work the muscles of the arms? Yes it does. Does it target the muscles of the back? Of course, it does, too. Suffice it to say that rowing provides a whole body workout that very few exercise machines can ever replicate. With so many muscles worked when on a rowing machine it would be a shame not to include one in your fitness regimen. If you are interested to buy a machine for your home, you can check out my top picks of rowing machines to buy in Australia.